Glaucoma is known as the “the silent thief of sight” as it is asymptomatic in most cases and causes irreversible vision loss.

Most of the time, glaucoma is associated with high intraocular pressure (IOP), although it may also occur without eye pressure exceeding the normal range (Normal-tension glaucoma).

The intraocular pressure depends on the balance of the aqueous humour production and its outflow through the trabecular meshwork. The aqueous humour is a clear fluid that fills the anterior chamber of the eye.

This liquid is produced by the ciliary body and drained through the trabecular meshwork. Therefore, aqueous humour circulates between the site of production and the principal locations of outflow. In healthy people, the production and outflow are balanced, so the intraocular pressure remains normal. 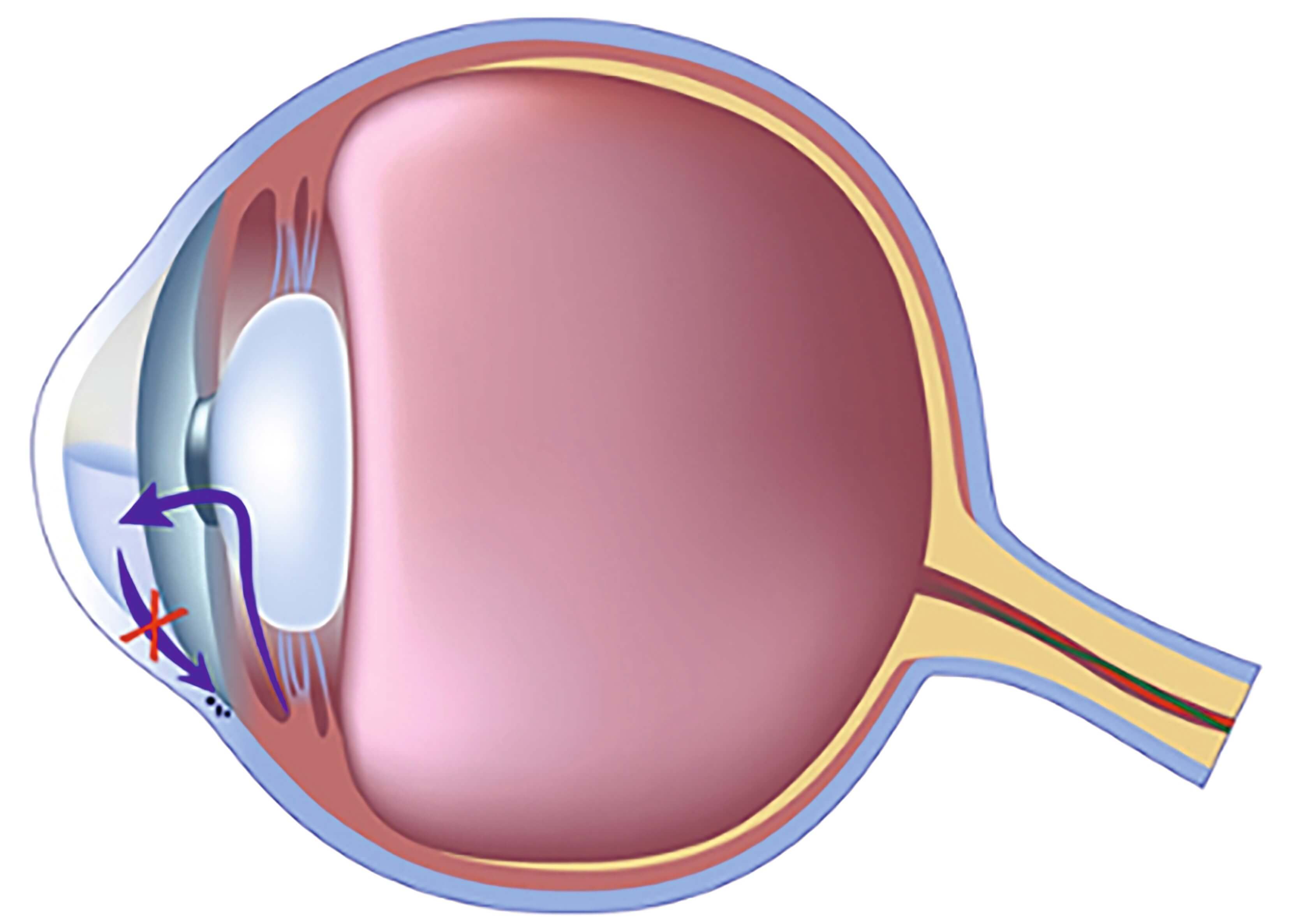 The canal is clogged. Aqueous humor builds up behind the cornea 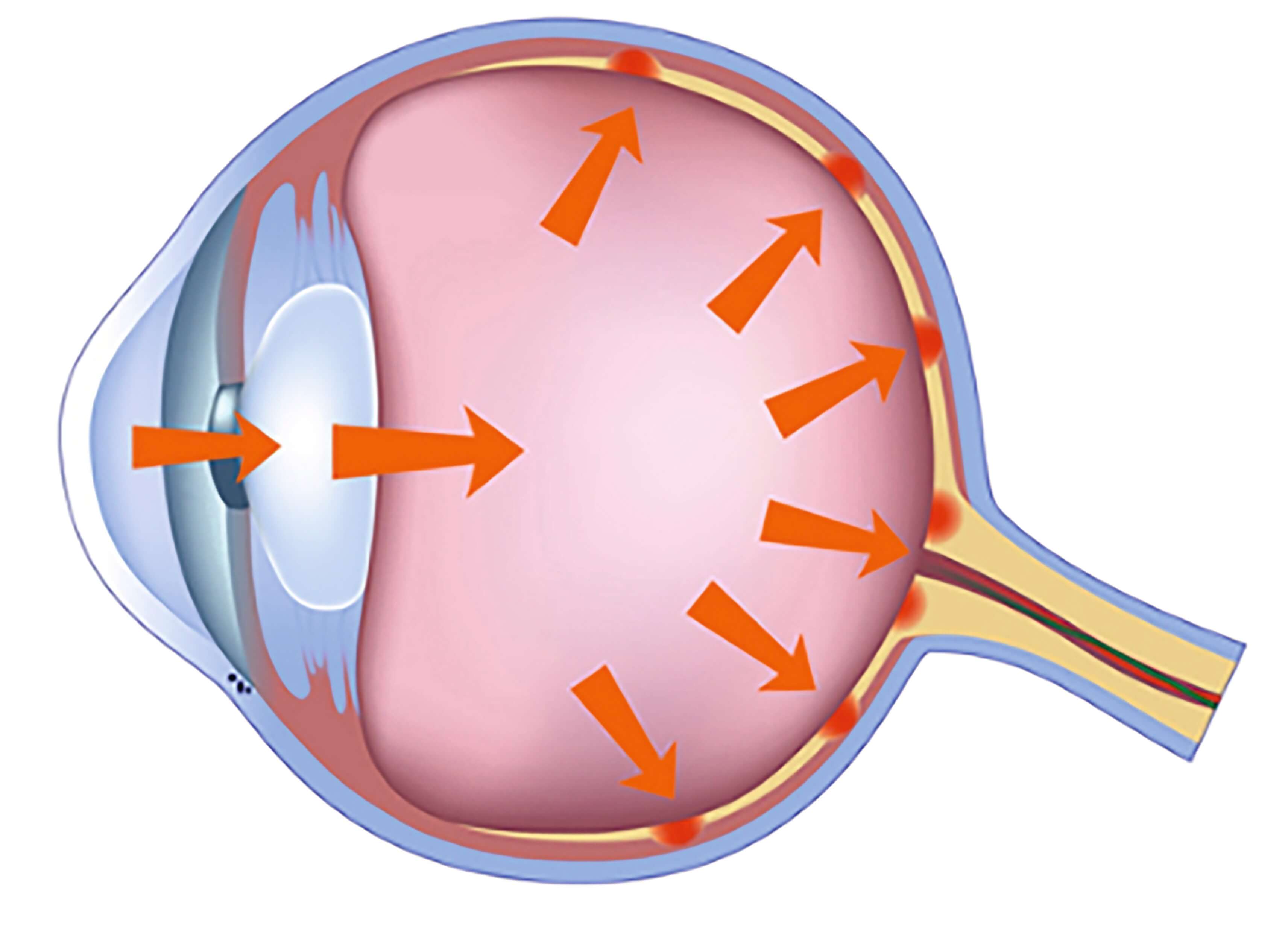 The pressure inside the eye rises, compressing the optic nerve and tissue of the retina

As the trabecular meshwork is less permeable in glaucoma patients, the outflow of aqueous humour decreases while its production remains the same. This imbalance results in an increased intraocular pressure in the front part of the eye.

The increase in pressure will affect the retina and the emergence of the optic nerve, causing irreversible damage.

To know more about glaucoma

There are two main forms of glaucoma: open-angle glaucoma (the most common type) and angle-closure glaucoma.

Open-angle glaucoma (the most common in Caucasians - Europe, US, LATAM) is associated with progressive closure of the eye’s drainage system-trabecular meshwork. The often slow progression explains why patients do not recognize visual field loss as the optic nerve degenerates due to elevated IOP.

Angle-closure glaucoma (very common in Asians), is often quite sudden. It is related to adhesion of the iris to the drainage channel or appear gradually (when chronic). It can cause severe pain and vision loss. Acute caes are an ocular emergency.

There are also less frequent forms of glaucoma such as secondary glaucoma caused by another eye disease such as inflammation or trauma, neovascular glaucoma and several more.

Symptoms and risk factors of glaucoma

Everyone at risk to develop glaucoma someday. But there are several factors that can increase the risk. The main risk factor is age related. It may be useful to know about them since glaucoma is a disease with no symptoms.

Your ophthalmologist will conduct a complete assessment if necessary, to evaluate your risk of developing glaucoma and to determine the examinations to be performed as well as their frequency.

As glaucoma often develops slowly, the symptoms could be unrecognised and only at an advanced stage when irreversible damage has occurred.
Related symptoms differ according to the type of glaucoma.

The causes of glaucoma are unknown and probably multiple. Some risk factors include: